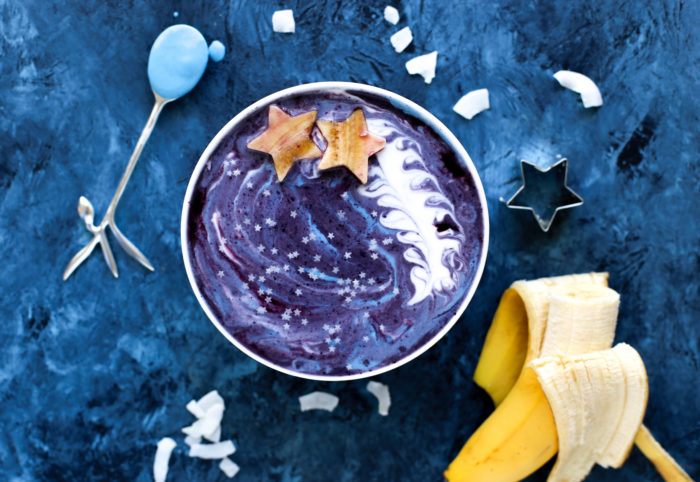 We don’t need to have an immense adventure ahead of us to value ordinary tasks and small steps that enable our growth.

Many ideas from An Astronaut’s Guide to Life on Earth resonated with me strongly and I wanted to preserve my thoughts here. Reading this book is time well spent and I wholeheartedly recommend it.

Regardless of the nature of tasks that we’re dealing with, our attitude plays an enormous role in living fulfilling and joyful life. After all, a particular objective shouldn’t obscure the fact that it’s the journey that matters the most.

Training is an end unto itself

When we perceive any effort as a means to improve our situation, we may become stuck with an endless queue of things and qualities that we have to gain. Increasing income, advancing a career, being seen as an authority in our field of expertise. No matter how many goals we achieve, there will always be a higher position at our job and a better expert to compete with.

Learning is not just a means to achieve a better position. It enriches our life at many levels. Even if it won’t contribute directly to advancing our career we end up being more competent, skilled, patient. There is no loss in that, as you can read in the book:

You are getting ahead if you learn, even if you wind up staying on the same rung.

Chapter – 2: Have an Attitude

Imagine that your position in life is marked with a rung on a ladder. You gain a lot from learning, even though you’re not moving visibly forward. First of all, you’re not moving forward yet. The expertise gained from training and gathering knowledge may pay off in the distant future. Secondly, learning builds focus, patience and curiosity – the qualities that always have a meaningful impact on our lifes.

Being a rockstar sucks

People labeled as “gifted” know the struggle when they are facing a problem that is way beyond the point of winging a solution. If we weren’t trained to prepare, we don’t know how to do it when the situation requires it. It looks like an overwhelming chore. This blockade may lead to being no longer perceived as a prodigy. Instead, it can earn us a reputation of a person you can’t trust when things get demanding.

Being a hero sucks

The concept of a hero saving the day might work in movies that weren’t created by people that put compliance with the real life high on their priorities list. In reality though, every success is a resultant of endeavours taken by many people connected by a common goal. And the best we can do to help in achieving something is to avoid taking on the role of a lonely hero. However, it’s hard if we aim to be a plus one in a project, to have the most valuable impact, to show our skills. We haven’t done all this learning and training for nothing after all.

Unfortunately, focusing on bringing the most to the table often leads to crippling the whole enterprise. We can become a minus one very quickly. Dominating discussions, controlling decision making, undermining effort and competence of other participants creates a toxic atmosphere were it’s hard to achieve anything valuable.

Finally, we may find ourselves in a place where we took on too many responsibilities, making it impossible to fulfill them in a timely manner and with compliance to high standards. This is where the project suffers as our efforts to be a plus one made us a minus one. It also makes it hard to replace us (check out the Bus factor). Even if we are replaced, others may have problems with understanding reasons for a particular decision we’d forced and apply unfortunate solutions.

The best contribution is brought by people who aim to be a zero. Instead of overtaking the stage, they use their competence and knowledge to create circumstances for the whole team to flourish and participate in the glory of success.

If a group shares a common objective, choosing what is best for the team will always bring us closer to that goal. If a team wasn’t formed around a shared sense of purpose, the whole project might be torn apart by people pulling in opposite directions.

We shouldn’t miss any opportunity to appreciate something that brings joy to our lives. It’s difficult without proper training, because too many things fight for our attention on a daily basis. When we catch ourselves appreciating nice things only when we are missing them, then we know that we missed many moments of bliss when they lasted.

Learn from every failure

The disasters that happened in the course of space exploration were extremely heartbreaking. The objectives were so extraordinary, the effort so expensive, the people involved devoted their whole life to master every skill that was required to make this dream possible. Therefore, every time a catastrophe like this happens it affects all of humanity.

Learning from those failures is the best that we can do to not repeat past mistakes. Below are the causes of some significant disasters:

Aim to uncover the truth instead of finding someone to blame

Every fiasco requires an investigation, but its purpose is not to find someone to blame but rather to get to the core reason for the failure – and to use that knowledge to redesign, remodel and reimplement the solution to keep us safe from another failure.

Don’t rely entirely on your superiors

If you think your superiors don’t share the same values as the rest of the team, the project might be in trouble. Striving to meet unrealistic deadlines, to keep an appearance of a successful venture, to bring profit in the short term, ignoring possible negative outcomes are not signs of a safe enterprise steadily heading toward success. It’s a recipe for shipping a product/service that is lacking, condemned and provides negative outcome in the long run. However, it can still be profitable for a narrow group of stakeholders or the powers at be, hence the tendency of making poor decisions that ignore the expertise and common sense.

Astronauts are meticulously trained in focusing on the right things in the right order, identifying distractions and handling their emotions in stressful situations. It saves space missions, it saves lives. What’s more, this attitude stays with them in everyday life. They are able to pay attention to tiny details and still preserve the big picture. They can expect and visualize the worst possible outcome of any situation without losing their minds.

We don’t enjoy the benefits of having large amounts of money invested into perfecting our mental response to the reality. However, we are not left to take care of it on our own. The benefits of working with a professional, certified, well trained and experienced therapist outweigh the amount of time and money we need to spend.

To finish on a good note, here is a video with the exceptional Space Oddity cover:

Photo by  Brenda Godinez on StockSnap