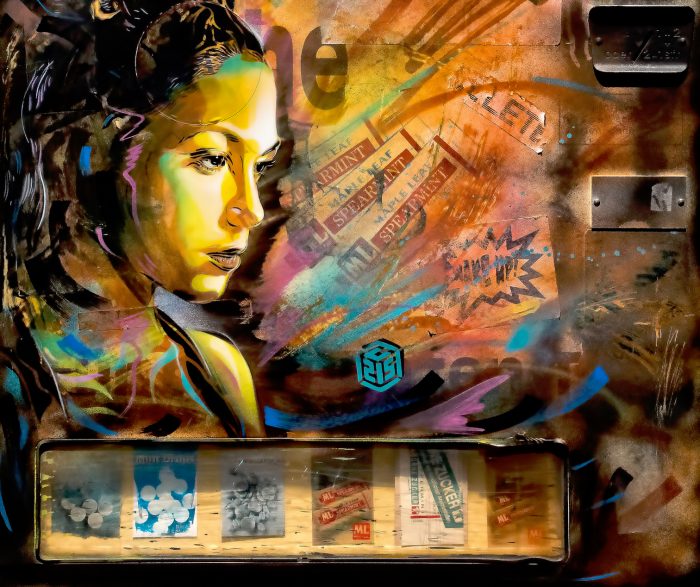 There are many responsive and elegant themes available for free that you can use for polishing the presentation layer of your project. But almost always there is a need to add some adjustments to them and in this post you can see how custom styles can be included while the assets are being built with gulp.

To the project described in the post about jtwig in a Spring Boot app we are going to add some custom css code to make the top navigation act exactly as the one from the original MDBootstrap example and change the background photo. Fortunately, the required css code is accessible through the theme example, so I will reuse it. Following the good practices we will minify the custom styles.

So we will progress from this: 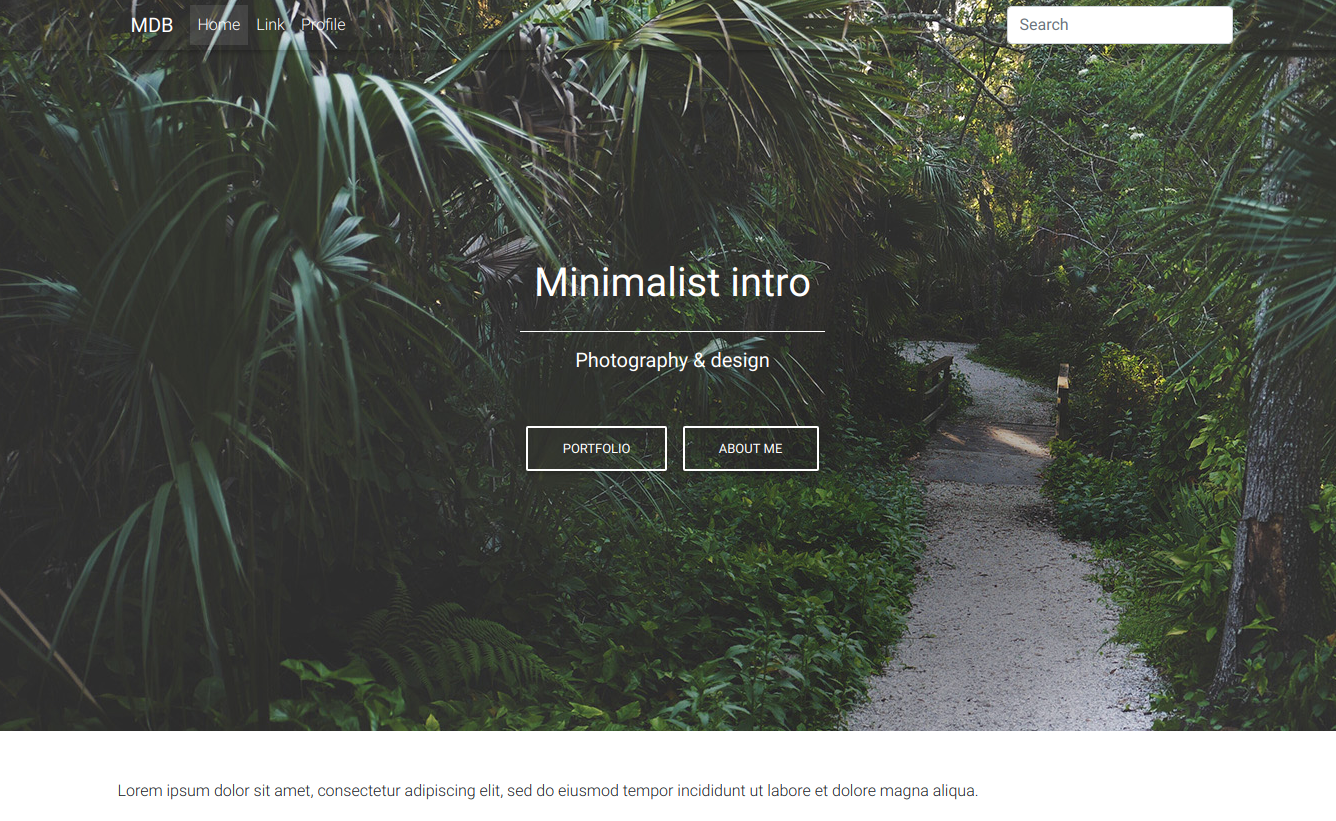 to the version with a new photo and the top menu highlighted during scrolling through the page: 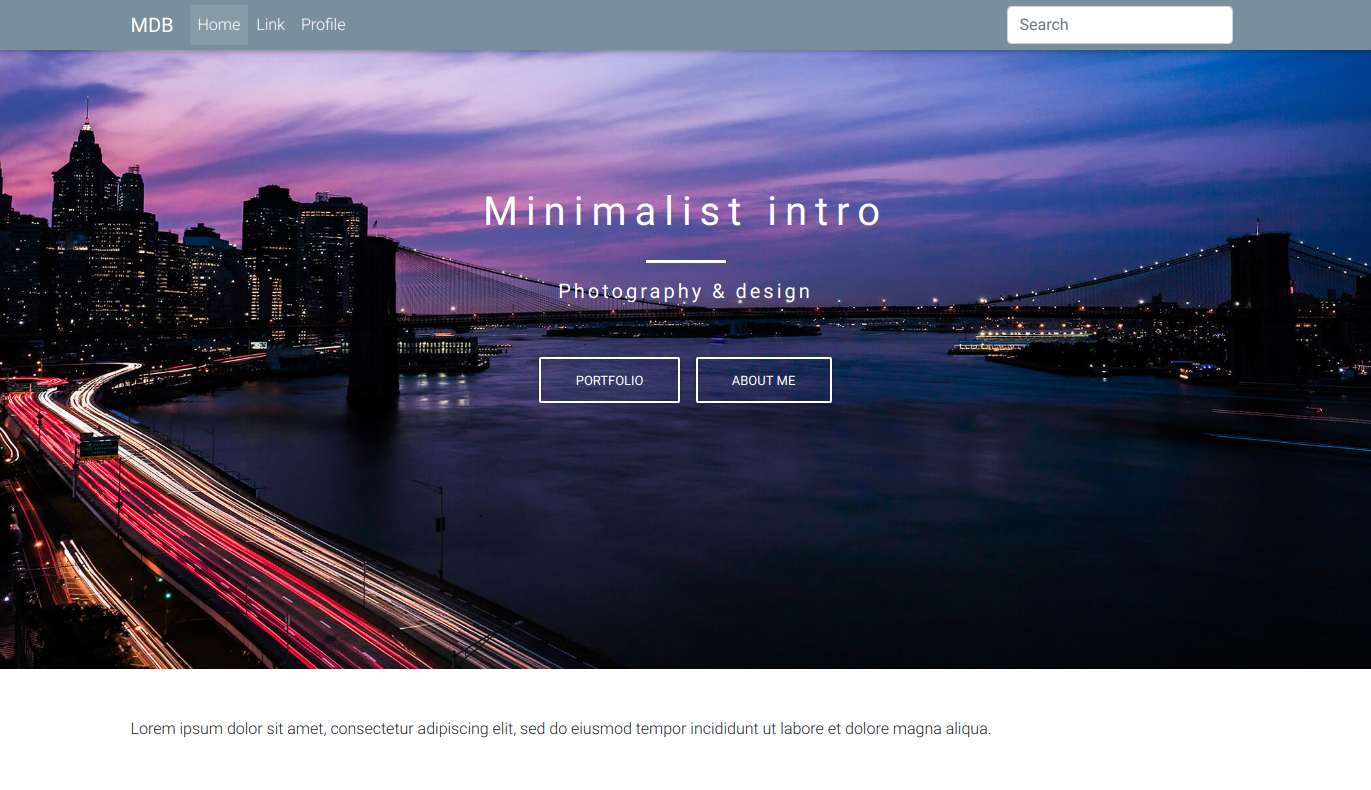 In this example I’m working on a project created with:

Build the custom styles with gulp

We need to add the custom css code, so let’s create the files for it in the resources/static/css/custom directory. You can create just one, custom.css file, but to show how the gulp-concat plugin works I will create the following files:

When using external resources we usually add the files that were already minified. With our custom styles we will include the minification into a gulp task.

Check out your package.json for meeting the dependencies:

You can add the required plugins with npm:

Create the custom_css task in gulpfile.js. List all the source files for the build, minify the code and place it in the destination file – app.css:

Run the new task in a directory where the gulpfile.js file is placed:

Include the new assets from the app.css file into the base.twig template, so the whole app can access it:

During the development you can work on one big or many precise css files, just remember to add every new file to the gulp.src. When all globally required assets are put in the vendor and app files after the build, there is no need to modify the base template in case of changes in the list of resources. You can also create more gulp tasks for building the assets that are required only in some part of the app. Include them exclusively in a template that needs them.

In the intro.twig template you can see that the background image is set with a style tag:

It is considered to be a good practice to avoid the style  tag whenever possible. Add to your decorators.css the following class:

In the command line rebuild your custom styles:

and go back to the intro.twig template to remove the unnecessary style="background-image: … ;"  and add the .cover-image  class instead:

Check out the results

After rebuilding the project and refreshing the page you will see the new background image and the navigation changes its colour when you scroll down the page.