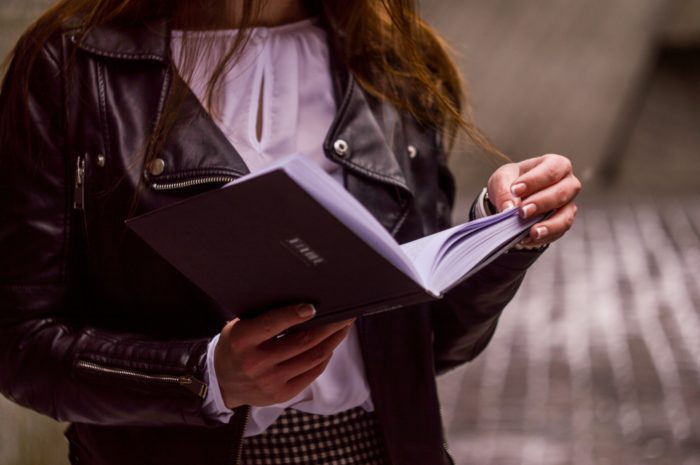 Each API requires comprehensive documentaiton. You can generate it using Swagger for a REST API. Its clients will get standardized and thorough insight while you won’t need to worry about keeping it up to date. Learn how to configure Swagger, generate documentation in JSON and render it with Swagger UI when frontend is supported by Angular.

We are going to use Springfox to produce two versions of the docs:

Our application can be built into a single jar along with the frontend, which is based on Angular 7. Since Spring Boot had to surrender routing control to Angular, we have to allow it to regain command over resources needed to display the web documentation generated with Swagger UI.

The project that was used as the example for this post is available in the GitHub repository – little-pinecone/scrum-ally.

Include the Maven dependency for Springfox Swagger2 in the pom.xml file:

In the application we are going to create a new configuration bean:

You can learn more about configuration options in the Springfox Reference Documentation.

Now, you should be able to test the configuration. Run the application locally and call the http://localhost:8080/v2/api-docs link in Postman. You can see the JSON generated for scrum_ally API on the picture below: 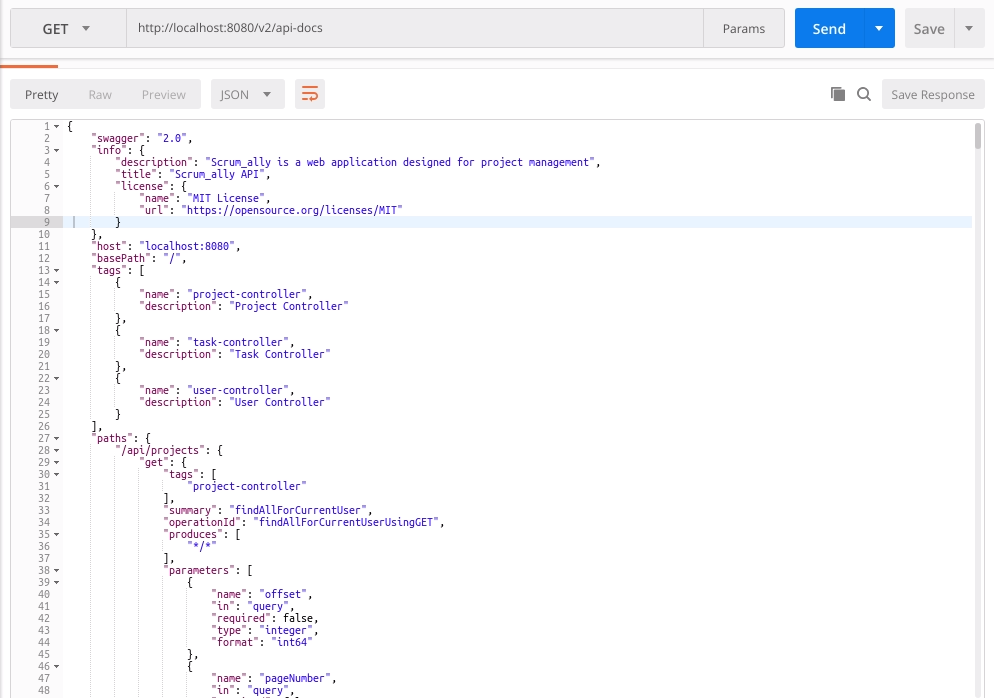 If you haven’t declared the response type in RequestMapping in your controllers yet, the schema generated with Swagger will reveal that your API can produce a response of any type. Mind the "*/*" in the produces field:

The solution to the problem was described in this issue on GitHub. We have to impose the "application/json" response content type on the controllers. Below, you can see the example for my ProjectController:

After rerunning the application, we can see the proper response content type in generated documentation:

Spring Boot auto-configuration takes care of handling the resources by default. If you haven’t overwrite it, you should be able to see the documentation by visiting http://localhost:8080/swagger-ui.html: 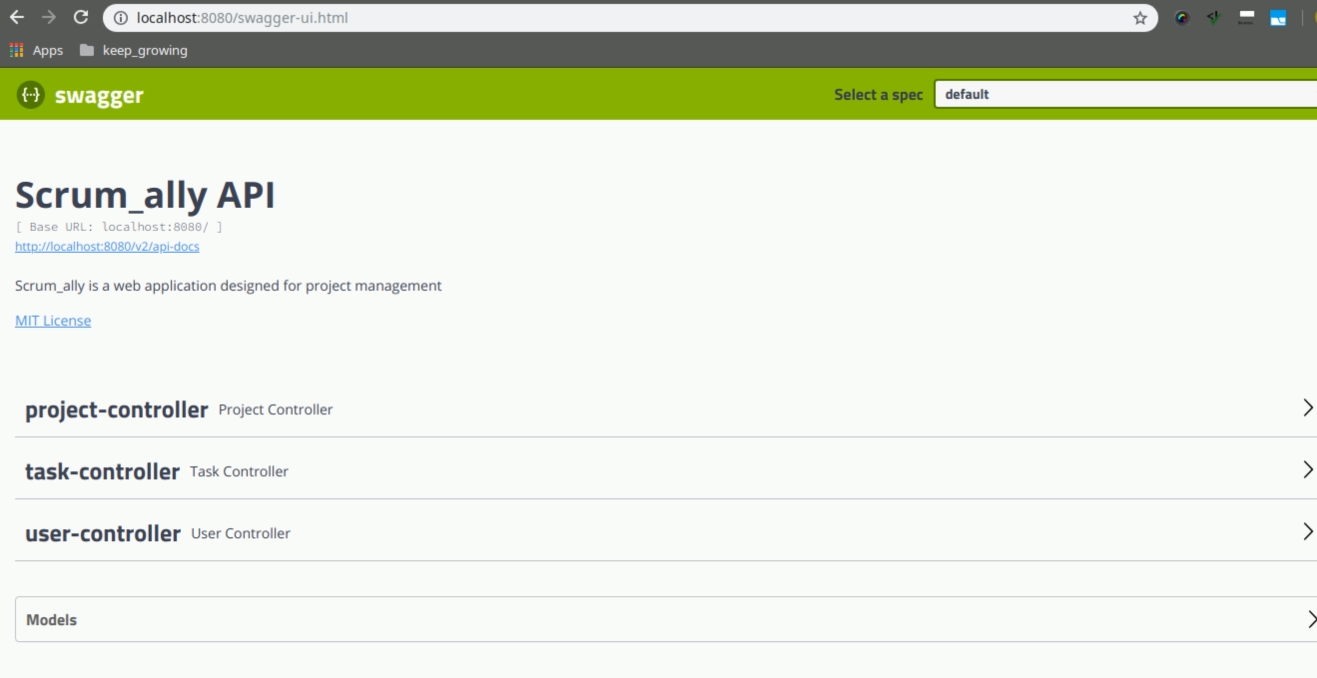 The project doesn’t use the default Spring Boot resource handling

You have to manually specify the resources required by Swagger UI. See the example below:

All views are rendered by the frontend application (e.g. Angular)

In our example, we have a Spring Boot API integrated with Angular and all views are rendered by the fronted. So trying to run the rendered documentation results in 'Cannot match any routes. URL Segment: 'swagger-ui.html' error. To fix this, we are going to add the "swagger-ui.html" resource handler to the registry in our MvcConfiguration:

You can verify the generated JSON by pasting it to the Swagger editor. The debugging process will be more straightforward with the aid of the validation. See the example below:

Allow all GET requests to the documentation resources:

Resources helpful in case of other problems

In the Springfox Reference Documentation you can find answers to common question and problems gathered in a separate chapter.

Photo by Mariana Vusiatytska on StockSnap