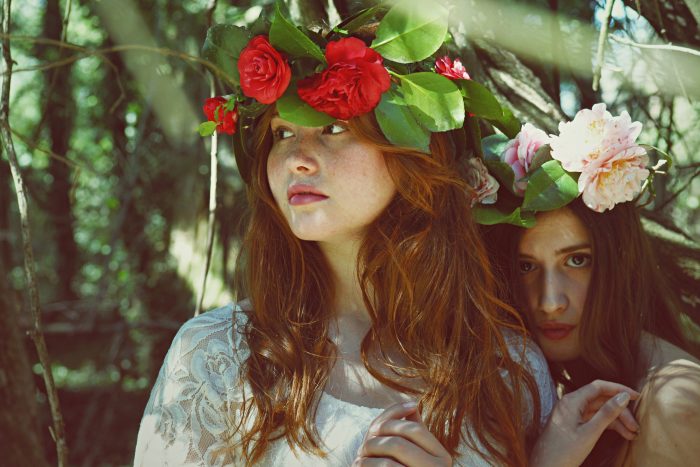 Developing a multi-module application where the backend runs on Spring Boot and the frontend is powered by Angular is far less complicated than one might expect. Check out how you can build such a project and manage it as a single jar file.

The goal is to design and create a multi-module application, established with frameworks: Spring Boot for the backend and Angular for the frontend. After that we will build the project into a single jar file using Maven.

The finished project is available in the following GitHub repository: little-pinecone/spring-boot-angular-scaffolding.

In our multi-module maven project we want all components to be built together and share some metadata, but to differ in configuration. Fortunately, we can specify a parent project in both modules and define submodules in the parent – we will utilize both Project Inheritance and Aggregation. 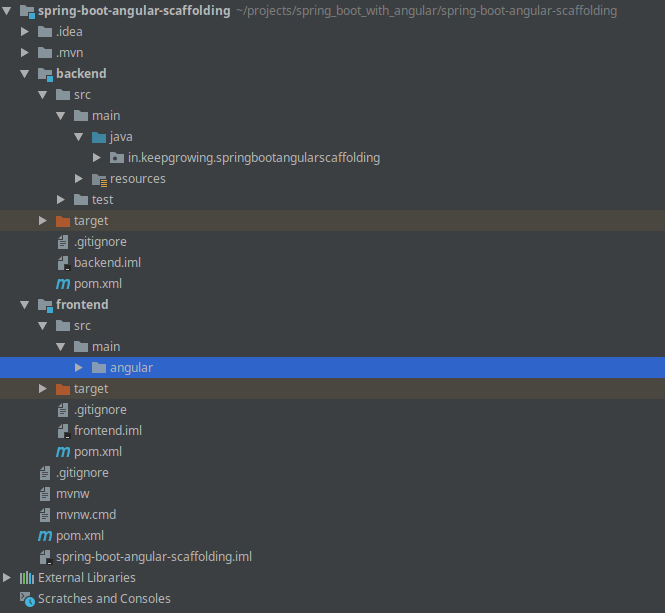 We will start with preparing the backend module. Go to the main folder of the Spring Boot app:

Create the directory where the backend part of our app will be stored:

We also need a child pom.xml file to specify Spring Boot dependencies, so copy the already existing file from the parent project to our backend directory:

In pom.xml reserved for the Spring Boot module we will leave all required maven dependencies unchanged – the application will look for them here.

However, we will completely alter the content of the <parent> element:

Furthermore, there are some metadata that require to be updated, namely:

Thanks to those changes the backend can be later recognised by the parent application as its module.

Leave the rest of the properties unaltered and check out the updated values:

Initialize a git repository in the main project:

We will use the .gitignore file from the parent project, copy the file to the backend folder:

We’ve just prepared the backend module within our project – it won’t work as intended yet, we need to create the frontend module, and, later, bring all components together.

In the parent project create the frontend/src/main/ folder for the web application sources – the src and main directories are here to follow the Maven standard directory layout. Use -p (–parents) option to create all non-existing parent directories:

Similar to the backend, this module also needs its own pom.xml so copy the one prepared in the backend:

Check out the updated file:

We will use the .gitignore file from the parent project, copy the file to the frontend folder:

You can adjust the .gitignore to your needs or use the standard one created automatically by Angular CLI – in both cases remember to include the /target/ folder.

The frontend module is prepared but still empty, we will come back to it after creating the Angular project. For now, let’s move to aggregating the created modules with the parent application.

Tie the modules together

The backend and frontend pom.xml files contains the <parent> field so the modules know from which project they inherit. Now the main application requires data to identify which submodules should be aggregated during the build. We will provide them by updating the main pom.xml file by adding a new field – <modules> – with directories of its modules specified: backend and fronted.

Check out the updated file:

If you are working in InteliJ IDE choose Enable Autoimport option when prompted or confirm this option in settings.

Finally, we have a multi-module application. The backend module is the Spring Boot project created with Spring Initializr, what we need now is to set up an Angular project in the frontend module.

Create an Angular project in the frontend/main/src/ folder. We will use the --skip-git option cause we are already tracking the whole project from the main directory, so we don’t need another repository within the project. I will simply name the project angular:

To build the frontend module with Maven we will use frontend-maven-plugin. It installs node and npm as well as builds our angular project. Be sure that you include the latest tagged version of the plugin (I used 1.6) and add the following code from the <plugins> field to the frontend/pom.xml:

Take a closer look to the following part of the plugin configuration:

npm run build calls the npm run command (don’t confuse it with npm build), which will run the angular ng build command to compile an application into an output directory. You can configure the build command in the frontend’s package.json file, so we will add the –prod option to uglify the javascript code:

To keep up with the Maven standards we need to alternate the outputPath option for our Angular project, instead of "dist/angular" use "../../../target/frontend":

We have just changed the path for the built project, so we need to add the information about the new path to the frontend/pom.xml:

Add the frontend dependency to the Spring Boot backend:

We used ${project.version} to access the project.version variable and avoid repetition. It’s possible thanks to the fact that “any field of the model that is a single value element can be referenced as a variable” – see maven documentation.

You can build your project with the Maven plugin directly from the InteliJ IDE – double click clean and then install:

Alternatively install maven on your machine and execute the build command:

The frontend-maven-plugin downloads Node and npm from https://nodejs.org/ dist and extracts them into a node folder created in frontend/src/main/angular/ directory. To avoid commiting this folder, add it alongside node_modules to the .gitignore created during generating the Angular project:

Prepare the app for development

No 'Access-Control-Allow-Origin' header is present on the requested resource. Origin 'http://localhost:4200' is therefore not allowed access.

Read the Fix CORS issues between Spring Boot and Angular on localhost post to learn how to enable the cross-domain communication on a development environment.

Allow Angular to handle the routing

All paths implemented in Angular are accessible when the server is started with $ ng serve . However, when you run the whole project built with Maven, the app will give you a Whitelabel Error Page:

There was an unexpected error (type=Not Found, status=404)

The reason is that Spring Boot tries to handle all routes by itself. Check out the Make Spring Boot surrender routing control to Angular post to solve this issue.

Check the global settings of maven:

On Ubuntu with JDK older than 8 installed mvn commands will use that version despite the one that is specified in the project properties. You can:

force the usage of JDK 8:

and check the version now:

or you can fix dependencies issues. e.g. data-jpa requires jaxb-api in JDK9, so add it to the backend pom file:

The problem doesn’t occur when you build the project directly from InteliJ.

Photo by Vero Photoart on StockSnap

5 thoughts on “Integrate Angular with a Spring Boot project”